Cloud services: Your partner in the digital world

All disruptive technologies, the internet included, change traditional power balances, so they say. It empowers people, businesses, organizations and even governments to achieve their goals and objectives.

Take for instance, open source encyclopaedia Wikipedia which is made possible through the internet and volunteers from around the world who create and edit contents. It’s accessible to people in even the remotest place on earth as long as there’s internet connection. It’s a free source of information for those hungry for knowledge or simply cross-referencing.

In our new normal, where digitalization takes the lead on how we live, do business, travel, learn, express ourselves to a wider audience, get help funding projects with noble intentions or even domestic issues like a family member seeking medical help, the internet is there to lend us a voice.

Behind this disruptive technology is a reliable internet service provider like Etisalat. For more than 44 years, Emirates Telecommunication Group Company PJSC, more popularly known as Etisalat, which means “communications” in Arabic has been the strength of the UAE in global connectivity and 14 other countries across the Middle East and Africa.

A pillar for innovation, Etisalat is also one of the internet hubs in the Middle East, providing connectivity to other telecommunication operators in the region. It also has more than 500 roaming agreement across 186 countries, giving you unrivalled connection no matter where you are in the world.

Home to the most dynamic business hub in the region, Etisalat provides unrivalled connectivity to businesses in the UAE in many ways as well as to millions of expatriates and residents who work and live in the country.

Its willingness to invest on smart technologies, infrastructure and people proves its commitment to lead the telecom market where it’s providing services.

In 2013, it launched better IT solutions and the first cloud service in the UAE.

Its cloud services have expanded to keep up with the times, giving businesses and people more options and flexibility in this new phenomenon in the IT industry.

So here’s what you should know about Etisalat’s cloud services.

Etisalat offers and manages a multitude of cloud solutions and storage. What makes it unique is its affordability in terms of cost-spend, it’s also integrated with its own private network as well as having robust Infrastructure as a Service (IaaS) with the highest standards in security.

Access to these cloud solutions guaranteed to be fast and easy anywhere you are thanks to Etisalat’s state-of-the-art computing and bandwidth resources.

So just how important are cloud solutions in the digital age? Very much. 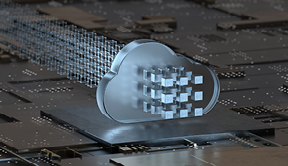 Cloud services include software, platforms, infrastructure and other IT needs. Since it is a subscription-based model, you don’t have to spend extra in terms of maintenance costs, labor or hardware. In short, you only pay for what you use based on your plan or contract.

From a business perspective, this is very important especially in this day and age where everything have to be optimized. According to experts, cloud computing provides seamless scalability to businesses. It also allows them to subscribe to an entire IT infrastructure without buying expensive hardware.

With remote working and digital business now our new realities, having an effective and secure cloud solution is a must for businesses. It protects not only your data but ultimately your company.

Let Etisalat’s multi-cloud services help you protect your data and business from predators in the digital world. That’s a promise.

Subscribe to our newsletter and stay updated on the latest developments and special offers!

Thank you for Subscribing to our Newsletter!

A welcome email has been sent to your inbox! We promise to continually deliver regular updates, exclusive offers & great value to you.